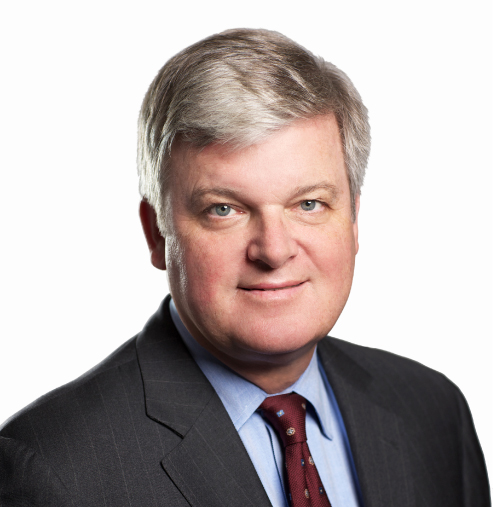 James J. Houlihan is a graduate of Manhattan Preparatory School (1970) and of Fordham University School of Business (Gabelli School of Business 1974).  Mr. Houlihan represents the fourth of five generations in a family business, Houlihan-Parnes Realtors, LLC, founded in 1891 by his great-grandfather, Daniel Houlihan.  Mr. Houlihan is the managing principal of his multi-faceted commercial real estate firm and has managed its daily operations since becoming a partner in 1987.

Mr. Houlihan is an active partner in GHP Office Realty, LLC, an entity involved in the principal acquisition, management and leasing of office buildings.  He is also a partner in Houlihan Parnes Properties, a commercial property management company and HP Capital, a mortgage service company.

Mr. Houlihan is active in the commercial real estate industry throughout the United States with a main emphasis on the tri-state area.  Mr. Houlihan has been retained by many leading financial, not-for-profits, and educational institutions as both a consultant and agent to manage, lease, acquire, renovate, and sell real estate.

Mr. Houlihan has served as Chairman of the Great Hunger Memorial Committee of Westchester County that created a monument commemorating “An Gorta Mor”, the period known as The Great Hunger in Ireland (1845-1851).  Mr. Houlihan has been honored as a recipient of the prestigious “Ellis Island Medal of Honor” in 2000 for his varied humanitarian efforts.  He was also named to Irish America’s magazine “Top 100” list in 2001 and to their Top 100 Business list annually from 2006 through 2009.  He received the Irish Arts Center’s “Spirit of Ireland” award in 2001 and the Irish American Building Society award in 2007.

Mr. Houlihan received the esteemed Martin S. Berger Award for Lifetime Achievement in Real Estate.  This prestigious award acknowledged Mr. Houlihan for his outstanding accomplishments in the real estate industry and service to his community.  He received this award at the 30th Anniversary of the March of Dimes Real Estate Breakfast in Westchester County in November of 2017.

Mr. Houlihan conceived and curated the acclaimed exhibit “The Fighting Irishmen: A Celebration of the Celtic Warrior”.  The exhibit originally opened in the fall of 2006 at the Irish Arts Center and traveled to the South Street Seaport Museum in New York, the John J. Burns Library at Boston College, the Ulster American Folk Park in Omagh, County Tyrone, the GAA Museum at Croke Park in Dublin and the University of Limerick.  The exhibit closed after being displayed at the Phoenix Irish Cultural Institute in Arizona in 2013.

Mr. Houlihan and his family have been involved in many charitable endeavors.  Amongst them is the lead gift to create the new baseball field at Fordham University’s Rose Hill Campus in the Bronx.  Additionally, Jim and his family have set up scholarships at Fordham University, Fordham Law School and School of Social Service, Fairfield University, Manhattan College and Mount St. Vincent College.

Mr. Houlihan and his wife Pat currently reside in Bronxville, New York and Nantucket, Massachusetts.  They were jointly honored in 2015 by “The Holocaust and Human Rights Commission”  in Westchester County.  They have 5 grown children and 3 grandchildren.